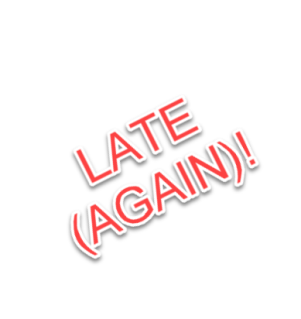 The Bournemouth and Poole College is extremely late in responding to two Freedom of Information Act internal reviews:

How often have fire drills taken place at the Centre for Wessex Young Musicians?

In each case, the ICO (Information Commissioner’s Office) guidance is that internal review requests should be responded to within 20 working days (or 40 days but only in exceptional circumstances).  The requests were made almost a year ago in each case (on 29 June and 6 July 2017 respectively).

This is not the first example of poor compliance by the Bournemouth and Poole College with the spirit and letter of the Freedom of Information Act.  As stated in my internal review request of 6 July 2017:

Your organisation is publicly funded, and your website includes “The Bournemouth & Poole College have policies and guidelines which ensure we follow best practice.” See https://www.thecollege.co.uk/about-us/college-information/college-policies.
Yet you have been late on several occasions with Freedom of Information request responses (this one and F0086), and your organisation has been shown to have made false statements (your two responses of 30 May 2017 to F0086, in both of which you claimed that there was no WYO Rehearsal Schedule for Summer 2017, yet you finally admitted on 6 June 2017 that such a schedule did exist and supplied it to me). See https://musicmattersandculture.blogspot.com/2017/06/freedom-of-information-request-no-3-20.html.
These failings do not meet best practice. In my view, your refusal now to answer this Freedom of Information request is unlikely to enhance the College’s reputation. The purpose of my request is to clear up significant discrepancies between your previous FOIA responses and other documents supplied to me by the College. Surely best practice (as the College claims to follow) would be to explain and resolve these discrepancies, rather than simply ignoring them?
Asking an educational establishment which receives public funding, and is also a registered charity, to be truthful and to explain contradictions in different documents it provides, cannot be said to be “causing disruption” or “harassing a public authority”. The public, Ofsted and the Charity Commission have a right to expect the Bournemouth and Poole College to be truthful in its communications, and to clear up any discrepancies or mistakes promptly. I hope you agree that as an educational establishment the College should be committed to supplying honest and non contradictory answers to the community it serves.

As someone at the What Do They Know website commented about the above delays:

Don’t forget that, if an authority delays its Internal Review response in such an egregious manner, you can also directly complain to the Information Commissioner’s Office.

Egregious means “outstandingly bad, shocking” which I think is a fair representation of the College’s behaviour in delaying the responses so long.

I hope a complaint to the ICO won’t be necessary.

PS I have just noticed that the College is almost 2 years (!!) late in responding to an internal review request made on 15 August 2016, see here.

View all posts by pjlee01

One thought on “The Bournemouth and Poole College’s poor compliance with the Freedom of Information Act continues, having failed to reply to internal review requests after almost a year”

This site uses Akismet to reduce spam. Learn how your comment data is processed.