(I am again making this in my capacity as Chairman of SWYM, the Society for Wessex Young Musicians.  Please see the Welcome post for disclosure and other important background.Again I make clear that this is my personal view, and I am not speaking on behalf of the SWYM Committee.) 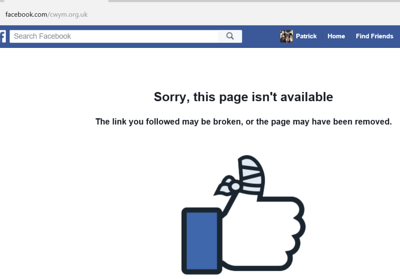 As mentioned on the CWYM Facebook page in a post on 8 December 2016, the Bournemouth and Poole College instructed me on 8 December that the Facebook page (which I created in August 2010, and have operated since then, first as sole editor, then for the past year and a half together with two other editors including CWYM Director Susanna Riddell) be closed as soon as possible, until such time as a replacement site is produced directly under College control and reflecting all their latest policies.

As the CWYM is a College course, the College is perfectly within its rights to make this request.   The reason they gave is that they were concerned that because of the many Likes on the page, it did not comply with one of their policies.  This was because if any of the CWYM students had weak privacy settings (e.g. holiday pictures which should be private but which were publicly visible), then visitors to the page could see which students had “Liked” content on it and then click on the link to the student’s page, and might then be able to see content which breached the student’s safety.

I pointed out that the source of the problem in such a situation was inappropriate privacy settings on the student’s Facebook page (which CWYM could remind parents to check), but I take the point that because the CWYM Facebook page was popular (over 500 followers), it could be argued that it made it easier for visitors (via the Like links from students on the page) to find content that should be private but wasn’t. It could also be argued that if a visitor “Liked” the CWYM Facebook page, and then made a “Friend” request to a CWYM student, the latter might be too ready to accept the friendship request.

I asked how the existing Facebook page could be amended to comply with the College’s requirement, pointing out that after all this must be possible, since the College was planning to create a brand new Facebook page as a replacement. I also suggested that since the problem seemed to be caused by students “Liking” content on the page, access to be page could be changed to be restricted to those aged 18, 19 or 21 or over (these seem to be the 3 suitable options that Facebook allows with regard to age restrictions).  I also pointed out that there was a “Download page” facility, which could be used to archive the existing content, with a view to at least some of it being restored to the new page.

However, the response I received was that the College wanted a brand new start.

So as of yesterday (14 days after the “delete page” request was made to Facebook), all the content, 6.5 years of history, hundreds (more?) of photos, dozens of videos, and part of the CWYM/WYO’s history, has now gone, which is a pity.

I took a few screenshots in memoriam, here are a couple (you can see more at this link). 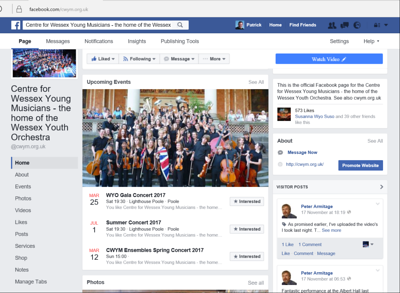 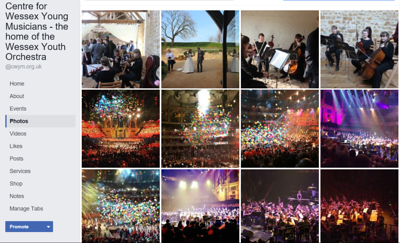 View all posts by pjlee01

This site uses Akismet to reduce spam. Learn how your comment data is processed.